For decades, TV has been the undisputed ruler of media consumption, however the rise of thanks to the rise of mobile, this is changing. According to a report published by Zenith, mobile internet consumption increased at an average rate of 44% a year between 2010 and 2016. This is driven by the spread of mobile devices, improvements in technology and greater availability of mobile-adapted content. The average person spent 456 minutes consuming media in 2016, up from 411 minutes in 2010 – an average increase of 2% a year.

“Mobile technology has thoroughly disrupted consumers’ media habits in less than a decade,” said Jonathan Barnard, Head of Forecasting at Zenith. “The pace of change is now slowing – at least until the next disruptive technology takes off.”

2014 was the year that desktop reigned as the primary way of accessing the internet, however in 2015 mobile overtook desktop. Zenith forecast’s that 71% of all internet consumption will be mobile in 2017. North America (where 76% of internet use is mobile) and Asia Pacific (75%) have embraced mobile internet use the fastest. 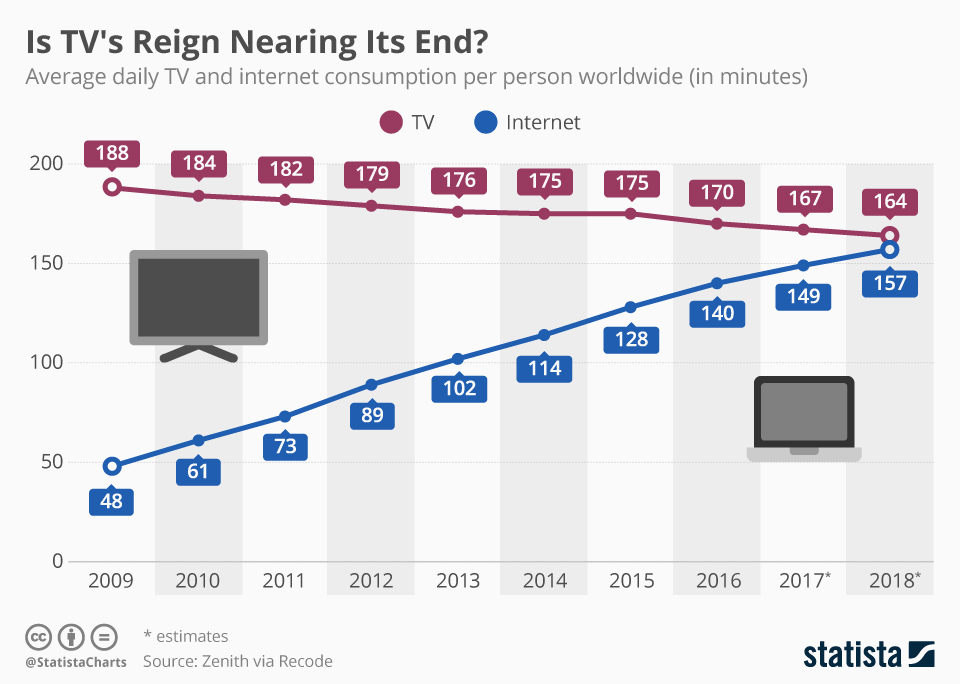