You are at:Home»Uncategorised»These are the best ISPs for streaming Netflix in South Africa

Netflix has unveiled its ISP speed index for the month of September.

Netflix states that streaming via cellular networks is exempted from the measurements.

The speed indicated in the Netflix ISP Speed Index is not a measure of the maximum throughput or the maximum capacity of an ISP. 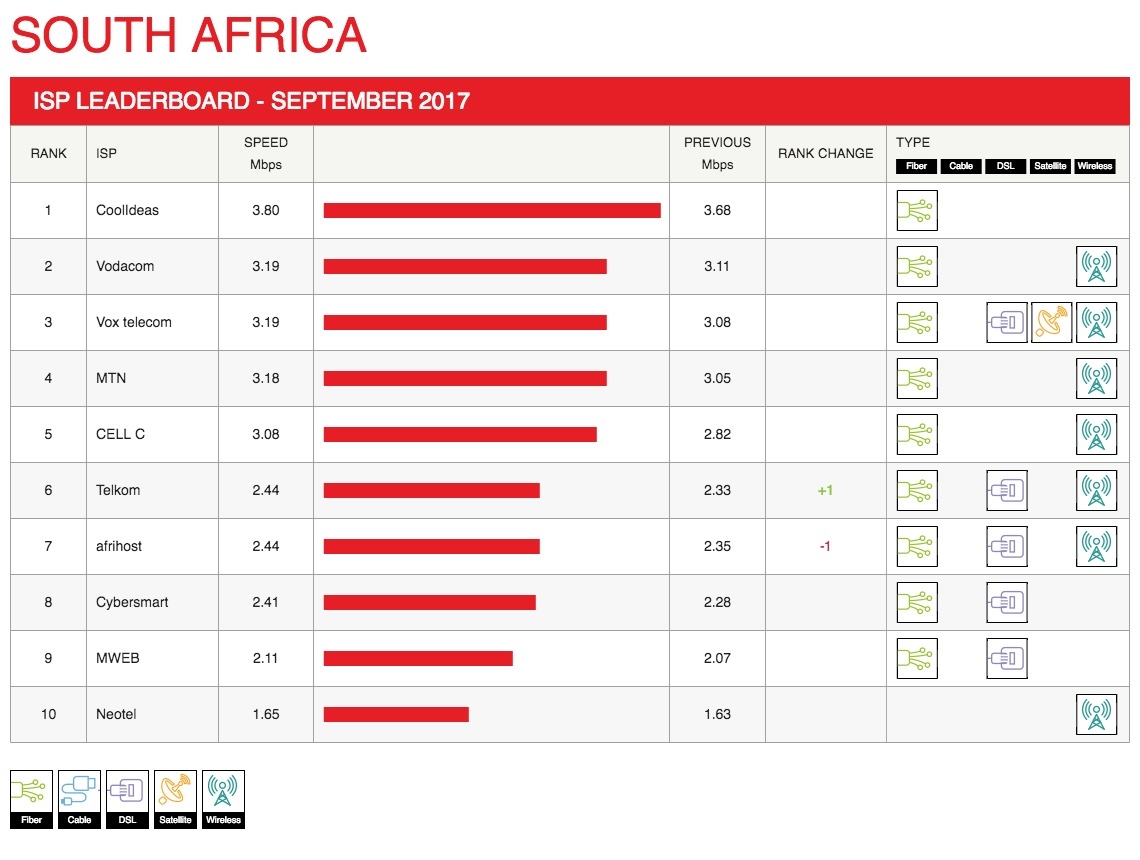