Like a fine wine, the majority of consoles have gotten better with age; what we mean by this is the major firmware updates that allow for a far better user experience. With the release of the hotly anticipated PS4, Microsoft has to produce a bigger, better beast.

At the time of XBOX ONE’s release, Engadget, in an extensive review, concluded that “What’s there so far is a very competent game box with an expensive camera and only a few exclusive games differentiating it from the competition.” They have recently re-reviewed it – let’s see what they have to say. 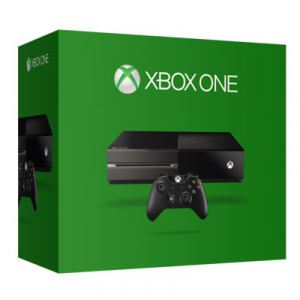 Arguably the best improvement is the Windows 10 update, which has boosted the speed of console-to-PC streaming, via the Xbox PC App. The update has also streamlined the UI, which gives you a far better navigational experience – it’s a most welcome change.

Also, if you’re not a fan of Kinect, you’ll be happy to know that it is no longer a requirement; but, if you love it, it is still available to purchase as a separate peripheral. Other than this, nothing else has changed; the hardware is still the same.

In their first review, another quam that Engadget had was the limited game catalogue. “In terms of exclusive games, the XBOX ONE is still lagging behind the competition.”

However, Microsoft has a new focus and that is to develop truly original, exclusive games such as Sea of Thieves and Quantum Break – this is a huge step in the right direction and a great sign of things to come.

The bottom line is that despite certain omissions, this is will always be a solid choice for the avid gamer that is looking to play high-demand titles; you can’t go wrong with the XBOX ONE.

The cons: Kinect commands are not reliable