You are at:Home»Uncategorised»Nokia 2 comes to South Africa

Nokia has been pushing out new phones faster than you can blink. So far this year, HMD Global – the company behind Nokia’s mobile resurgence – has released 6 new phones. 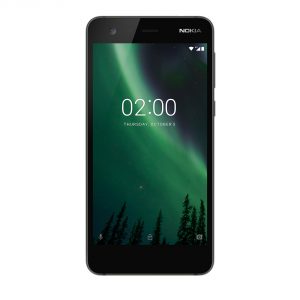 The key feature of the Nokia 2 is its two-day battery life, something usually only seen in Sony Xperia handsets.

“People rely on their phones so much these days with many people subconsciously rationing their battery life when out and about so they can last the day. We don’t think you should have to do less with your phone which is why we created a smartphone that can power through when other devices need a pit stop.

With the Nokia 2, we wanted to replicate the unique Android experience we’ve delivered so far with the long-lasting battery which so many fans associate and expect from their Nokia phones. To make this a reality, every component of the Nokia 2- from the display to battery, chipset to system design – has been engineered to draw as little power as possible from the huge battery to give fans a long-lasting phone they can rely on.”

Nokia is quick to point out that the 2s impressive battery life doesn’t come at the expense of performance.

The handset has Qualcomm Snapdragon 212 processor,1GB RAM and a 5-inch HD display. As expected, the Nokia 2 comes 2 runs pure Android, which means that you’ll get security and OS updates far sooner than almost every other Android handset currently available in South Africa.

Camera-wise, the 2 has an 8MP rear camera featuring automatic scene detection and auto focus, with a 5MP front camera for all the selfie lovers

Nokia 2 is available exclusively through Vodacom at leading retailers nationwide from R1,699.

Technical specifications for the Nokia 2