You are at:Home»Cars»BMW’s New 4 Series Is Now Available In South Africa

Endowed with an aesthetic appeal and dynamic flair all of its own, the BMW 4 Series has stood out with its supremely assured and stylish air ever since its launch. A total of nearly 400,000 sales worldwide and just over 5,500 in South Africa (up to the end of 2016) is testimony to the tremendous allure of the BMW 4 Series, whose story began in 2013 with the arrival of the BMW 4 Series Coupe. 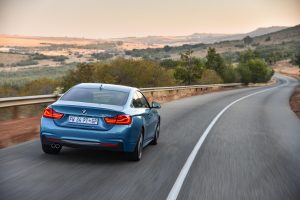 The new BMW 4 Series models write the next chapter in this success story with even sharper styling and revised suspension.

Restyled LED headlights take the place of the outgoing cars’ xenon units. And all models in the range are equipped with LED front foglamps as standard. The LED rear lights fitted on the BMW 4 Series for the first time give extra impact to the car’s powerful looks. Modified air intakes, line-specific applications and the new rear apron add further striking touches.

Moving inside, the new electroplated detailing, chrome applications and centre console in high-gloss black reinforce the exclusive, high-quality feel. Another visual highlight is the double stitching on the instrument panel, while three new upholstery colours together with three new interior trim strips provide even greater choice when it comes to personalising the interior’s design.

The two new exterior paint finishes Snapper Rocks Blue and Sunset Orange are available exclusively for the new BMW 4 Series models, and there is also one new model-specific wheel design each for the Sport Line, Luxury Line and M Sport equipment lines. An abundance of additional equipment options offers ample scope for tailoring the car to individual tastes.

The new BMW 4 Series Coupe and BMW 4 Series Gran Coupe now come with a stiffer suspension set-up delivering even sportier handling without any loss of ride comfort. Both the lateral and longitudinal dynamics have been improved, regardless of the load on board. This applies not only to the standard suspension, but also to the M Sport suspension and the Adaptive suspension. All new BMW 4 Series models now boast even more assured straight-line stability and more communicative steering. High-performance tyres are available as a factory-fitted option for all models from the BMW 430i upwards.

A variety of models and powertrains 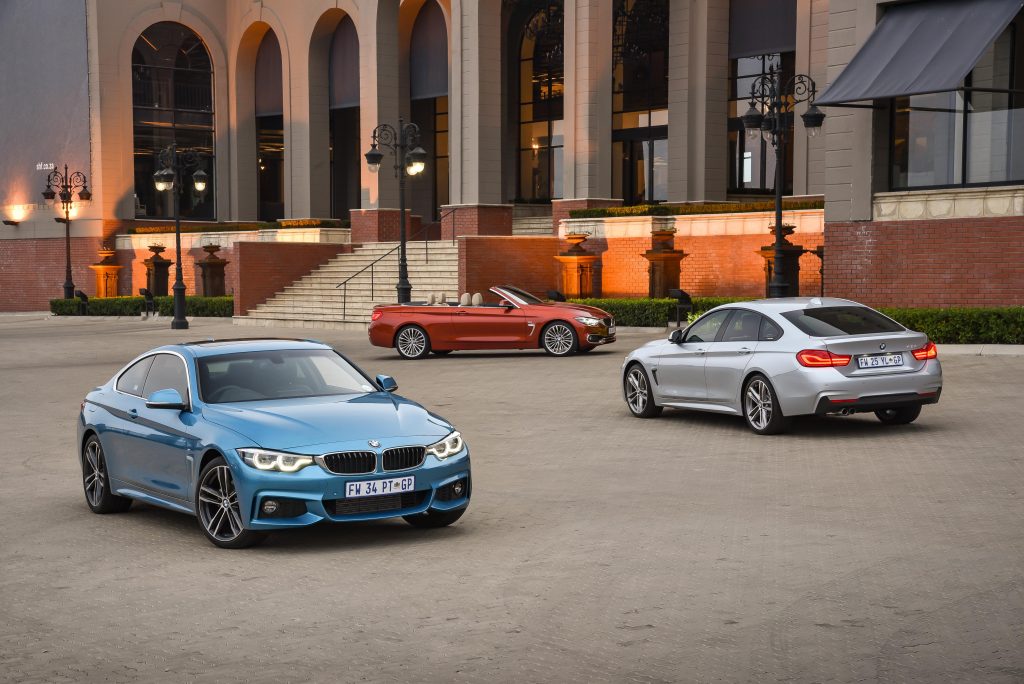 The optional Navigation system Professional for the new BMW 4 Series now features an interface with large tile-style control pads that is even easier to use. The control pads can be arranged as desired and display a constantly updated version of the linked menu content, making operation even more intuitive for users.

The BMW 4 Series range can be optionally fitted with the Multifunctional Instrument Display, giving the driver the choice of different visualisation options for all displays depending on the driving experience mode selected.

Sharper design for the BMW M4, too

The BMW M4 Coupe and BMW M4 Convertible now come as standard with the adaptive full-LED headlights. And the newly designed full-LED rear lights again freshen up appearances and inject technical appeal. Besides this, a number of styling touches have been added to give the cabin of the sportiest BMW 4 Series variants an even more sophisticated air. And the two M4 models likewise feature the updated version of the Navigation system Professional and other ConnectedDrive features.