You are at:Home»Lifestyle»Health & Fitness»Science Proves That Hiking Changes Your Brain

It has long been suggested that being around nature changes human behaviour. The mere presence of a plant in your office or home, not only increases concentration but also changes your response to stimuli. So, as we distance ourselves even further from nature through an upsurge of urbanisation, it comes as no surprise that more people are suffering from mental illness these days.

To solidify and restore the wealth of mental health, doctors undertook a simple study, whereby a few people took a 90-minute walk in nature, while others strolled through an urban area. Here’s what they found… 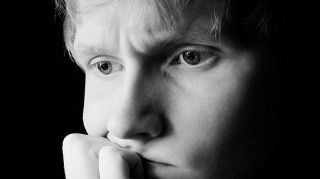 We make ourselves vulnerable to depression and other mental diseases when we constantly replay situations over and over in our minds. Perhaps it was a fight with your mother? Perhaps a mistake you made in your past? Whatever, the case, this type of obsession is fast becoming common behaviour and more people are finding themselves in states of guilt, depression and anxiety. This type of brooding is called ruminating in the world of psychology.

We often find ourselves doing this in our personal and professional relationships because of our inability to accurately determine what the other person is thinking.

Nolen-Hoeksema’s research has found that “when people ruminate while they are in a depressed mood, they remember more negative things that happened to them in the past, they interpret situations in their current lives more negatively, and they are more hopeless about the future.” [PsychCentral]

The Case Of Hiking

Apart from doctors observing the behavioural changes between those walking in urban areas vs those in nature, doctors actually ran tests on their brains. They found decreased activity in the (subgenual prefrontal cortex) sgPFC  – “a brain region that previously has been shown to be associated with a self-focused behavioural withdrawal linked to rumination in both depressed and healthy individuals.”

“Our results indicate that nature experience reduced rumination and sgPFC activation. Participants who went on a 90-min nature walk showed reductions in self-reported rumination and decreases in sgPFC activity, whereas those who went on an urban walk did not show these effects… These findings support the view that natural environments may confer psychological benefits to humans.” [National Academy of Sciences USA]

So, when you are feeling a bit stuck or a little hopeless, perhaps a hike is just what you need…