…Or “I’m not flexible enough”, are becoming increasingly common responses when I invite people to a yoga class. Which is, quite frankly, ridiculous and unfortunate because yoga has nothing to do with weight or the ability to bend yourself into a pretzel.

But also, who can really blame you for thinking this?

Before I became a yoga teacher, my knowledge was similarly lacking. Now, with yoga booming as a popularised pastime for the slim and “beautiful”, constantly Instagramming their Natarajasana (Dancer’s pose), it’s no shocker to see why more people have this superficial perception.

However, if you are guilty of using these (I am being deliberately harsh here) ignorant excuses for not trying yoga, here are some reason why you should reconsider.

Yoga Goes Beyond Your Body

These days, the true essence of yoga has drifted so far from its origins, it is no surprise people, unfamiliar with its roots, think it is only about the asana (poses).

In Yoga, we speak of the ten bodies, which expands further than our gross (physical body). And unlike our normal workout routines, yoga differs in this way because it exercises more than our bodies but also our minds, souls, auras and other subtle bodies we often take for granted.

The asana (the postures) is just one part of an 8-limbed practice, which dates back over 5,000 years. No, it’s not just another trend that popped up a month ago; it’s been studied for centuries.

The 8 Limbs of Yoga

Research may even suggest that the history of yoga dates back further than 10, 000 years. What is certain though is that Patanjali’s Yoga-Sutras describing the 8 Limbs, is fundamental in deepening your understanding and practice of it.

It’s quite clear yoga serves more than just the body; it improves your way of living. 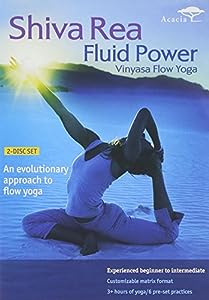 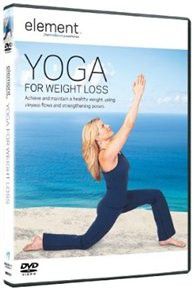 If you truly believe you are overweight, the question is, do you want to spend all your days on this earth feeling that way? If not, then the journey to fulfillment begins with the first step.

Yogi Bhajan, the well-known spiritual teacher who brought Kundalini Yoga to the west, describes the first step to happiness as Commitment. [Seven Steps To Happiness]

This makes sense because duality hinders accomplishment and doubts grey your purpose. Which is why commitment is so important to achieving your goals.  Once you commit to improving your life, all your petty concerns and fears created by your ego, will fall away like dust.

But it all comes down to taking the first step.

Don’t Let The Westernisation Of Yoga Discourage You

Those beautifully-edited images of slim yogis, perfecting a seemingly complicated pose are just that – images. They are images that show how yoga is continuously exploited to make money and to create exclusion among people. Yoga studios have become more and more elitist because teachers fail to recognise and inspire its deeper teachings in learners. This has made those who are not flexible and not as slim fee unwelcomed when attending a drop-in class. It has made yoga, overall, a less diversified practice.

Simply put, yoga is for everyone. Find a yoga studio or teacher that honours its rich history and practices – it’s the difference between you being bestowed or robbed of a heightened yoga experience.

Happiness is Your Birth Right Your mind can play tricks on you, but it’s your job to control and prevent it from consuming your existence. What you think of yourself is more important than what others think of you. You can either be your own worst enemy or your dearest best friend, it’s completely up to you. This is what yoga does – through postures and meditation – it allows a re-connection to the SELF which opens the gateway to a natural state of bliss.

Finally, if you’re really keen on attending a yoga lesson and you’ve always wanted to try it but you’re more concerned with “what-if’s” or how you might look to others, Yogi Bhajan said it best, “When ego is lost, limit is lost”.