You are at:Home»Tech»Buying Guide»Buyer’s Guide: What You Need to Know When Buying a Surge Protector in SA

If you’re looking to add a layer of protection between your appliances and Eskom’s daily incompetency, then you’ll eventually want to buy a surge protector. Far better than an ordinary power strip, a surge protector will protect your expensive electronics from dangerous power spikes in-between load-shedding sessions. But finding the best surge protector for your needs can be tricky. Here’s everything you need to know about buying a surge protector in South Arica.

Power strips and surge protectors are quite different. While power strips are typically cheap, multi-outlet plug strips that are merely an expansion of a wall outlet, Surge protectors offer some level of protection against power spikes. While a power strip usually has a circuit breaker (on/off switch) of some sort, they don’t offer any real “protection” from electrical issues and are pretty much just like plugging directly into the wall socket. Of course, not all surge protectors are created equal and while they do offer protection against power spikes, how much and how well varies considerably. 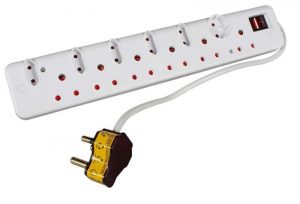 It’s all about the ‘joules’

Surge protectors offer protection in amounts called joules, the more joules the better. Most joule measurements mean the device can handle one large surge, or multiple smaller surges before your gear is in danger. Over time, the parts inside the protector wear down, reducing their effectiveness.

There is no way of knowing ‘how much protection’ is left or how effectively a surge protector is working after a few power surges but some surge protectors will give you a warning or shut off when their protection drops below a safe level. Many will just keep working, without protection, and you won’t know it until a power spike damages your appliances. If you’ve had your current surge protector for more than a few years, it’s probably worth replacing.

Always get more plug points than you need 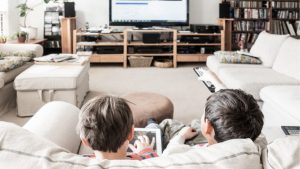 Should you invest in a surge protector?

There really is no good reason you shouldn’t get a surge protector. How much you need it will vary. If you live in an area with lots of thunderstorms, then your appliances are probably more likely to experience power surges. But, with load-shedding, even those in areas that don’t experience frequent lightning storms can benefit from the added protection of a surge protector.

Since most surge protectors are cheap, they’re worth getting (and regularly replacing) just in case.